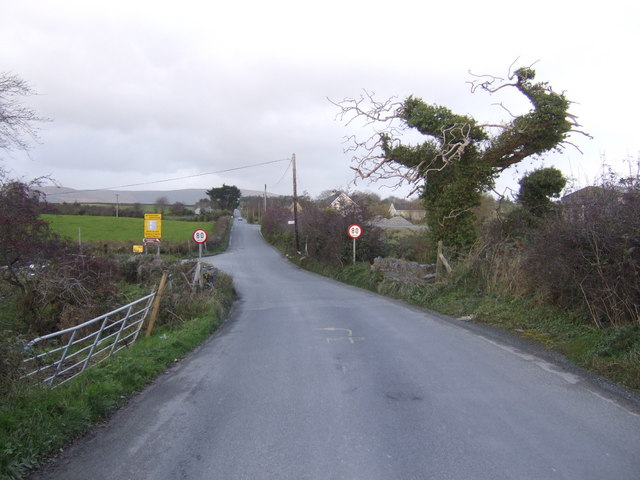 My grandfather was born in a united Ireland. When he was eight, a 310 mile long wriggling line was drawn on the map from Lough Foyle to Carlingford Lough – and passing through a farmyard eight miles from his village – splitting the island into two administrative regions, each still part of the United Kingdom. But it was then just a line on a map, running through farms, along hedges and ditches, invisible in real life.

A month after his tenth birthday that line eight miles from home became an international border. Four months later, the Irish Free State started putting up customs barriers across its roads in an attempt to erode the economic viability of the Northern Irish mini-state. A decade later my grandfather, by then a special constable, was crawling on his belly with a rifle in his hand through the fields along it.

As a protestant, grandad was a unionist, but very much with a small ‘u’. He always described himself as an Irishman first, if pressed he then might offer that he was from County Armagh or “The North”. ‘Ulsterman’ is not a term I heard pass his lips. He believed, in principle, as an ideal, in a united Ireland. So did most of his relatives. It was unnatural for those fields eight miles away to be considered an alien land. But they did not want to live in what they saw as a deeply conservative, theocratic Catholic state. The chaos of the civil war that marked the founding of the Irish Free State made it clearer that there was nothing desirable in the foreseeable future to being part of the Irish Republic that was actually on offer.

And so one evening every week grandad would brave the cold and the Ulster rain to trudge, unpaid, through the mud to play his part in keeping that chaos at bay.

He died whilst I was still a teenager, but the one story he did tell me of those days was the night he had to shoot a cow being smuggled through a farm from one side of the border to the other. My grandad being my grandad, he walked into the farmer’s pub the next evening and bought him a pint to make amends.

The partition of Ireland made the Northern Irish border a 310 mile long slippery eel of lawlessness for 77 years, which ended only with the implementation of the Good Friday Agreement. It was first policed by those quickly thrown up barriers by the Free State on one side and volunteers like my grandad on the other, and later by soldiers and outsized watchtowers. But it was never an effective border and always acted as a visible reminder of the ugly scar of an island’s unnatural division. And Irishmen always smuggled across it.

The role of the border – sometimes formed by narrow rivers, but often just a hedge or path between fields – as a motivating factor in The Troubles is too often overlooked. So too is the role of a customs union between the United Kingdom and the Republic, through the European Union, in eliminating that factor as part of the foundations upon which the Good Friday Agreement rests.

Paramilitary groups might start for ideological and cultural reasons, from a sense of injustice, but they need the oxygen of money to continue to operate. That was usually through the proceeds of crime. Create a border with customs and tariffs and you create an economic profit from avoiding those customs.

Smuggling along a largely unpolicable 310 mile border became a lucrative way of raising finance throughout The Troubles. Thomas “Slab” Murphy, the suspected onetime Chief of Staff of the IRA, owned a farm straddling the border like the one eight miles from where my grandfather grew up. Cows entered a cowshed in County Louth in the Republic and emerged the other side of the shed, untaxed and undocumented, in County Armagh in the United Kingdom. Experts believe that millions of pounds worth of oil and cigarettes followed a similar route through Slab Murphy’s farm.

Of course re-establishing some sort of border will not instantly flick the 21 year-old peace process into reverse. But a few years of Northern Ireland’s most deprived communities being made economically worse off by Brexit, made more resentful through the re-establishment of a visible border, and given the opportunity of making money illegally through that border’s inescapable ineffectiveness, cannot end well.

When the Prime Minister plays with strange ideas of what customs and border arrangements might be, he either does not understand or does not care what the impact will be to peace in Northern Ireland. The lessons of those 77 years of history, the last 30 of which were grievously bloody, are lost on him.

His saying that the border is not there for agricultural produce or manufactured goods might preclude the smuggling of that cow that grandad shot, but it does not stop the smuggling of other goods, including alcohol, tobacco and oil, for illegal gain across it.

And of course moving border controls ten miles away from the border, as was being floated earlier this week, only shifts the location of the problem, it does not remove it. It does, however, create a bizarre customs no man’s land containing three of the province’s five cities, other major towns and half of County Fermanagh. I suspect that the latter is a reason that the idea has been quietly dropped: the ten-mile line would have run smack through Arlene Foster’s native town of Enniskillen.

But running a border down the Irish Sea, meaning different customs rules in Northern Ireland than in the United Kingdom, is no solution either. Planes assembled in Bombardier’s Belfast plant will be able to move without customs controls to the Republic, but not to Great Britain. Making it harder to sell agricultural and manufacturing goods across the Irish Sea will loosen the economic bonds that bind Northern Ireland within the United Kingdom. I doubt that this is a prospect that unionists relish.

And then we have the ideas of magical technology that could somehow manage the border invisibly. There are no examples of this technology working anywhere – it is all hopeful guesswork. And of course it would only ever amount to an honesty box system for paramilitaries.

The balance that the Good Friday Agreement found relied on the economic relations between Great Britain, the Republic of Ireland and Northern Ireland remaining as they are. That does not necessarily preclude Brexit, but it does require us to ditch Theresa May’s tired old red lines and look again at maintaining a customs union.

We owe that much both to the 50,000 casualties of the Troubles and to Northern Ireland’s future generations.