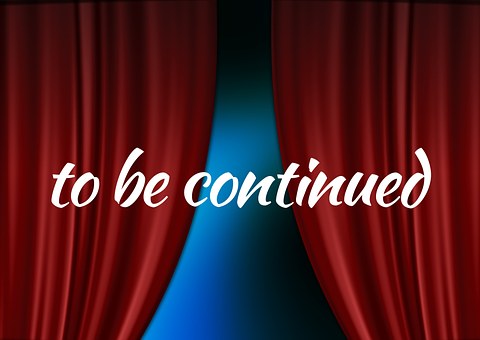 For 3 and a half years, Britain has entered a weird form of purgatory where politics has resembled being stuck on a Möbius loop with a seemingly never-ending direction of travel.

Theresa May failed to get her Withdrawal Agreement through parliament and now her successor, Boris Johnson is experiencing the same roadblocks.

Parliament went from approving the second reading of the Withdrawal Bill, to rejecting another vote which triggered Boris Johnson to park the legislative passage of his deal until he receives confirmation from the EU about extending the Brexit deadline. He also pivoted back towards calling for a General Election.

So, in this seemingly never-ending Brexit saga, what will happen next?

Following the second reading vote, MPs then rejected Johnson’s timetable for passing the remaining stages of his Brexit bill through parliament before October 31st. The vote against the government scheduling of the Brexit bill legislation came thanks to the opposition of DUP and many of the former Tory MPs who he kicked out out of the Conservative party last month after they rebelled against him to stop a no-deal Brexit.

Johnson’s response to this was to press the pause button on his Brexit bill pending a decision by the EU on whether it would delay Brexit while framing any delay to his Brexit plans to force a General Election.

The Tories are already ratcheting up the blame game for another delay on Brexit. They are accusing opposition parties as the cause of the delay. This is a false premise. It is misleading. Brexit has already been twice delayed thanks in large part to the ERG and Boris Johnson himself voting down Theresa May’s Brexit deal earlier this year. It is somewhat ironic that had Theresa May put forward exactly the same Brexit bill, Boris Johnson and the ERG would have voted against it.

Once the Brexit extension has been ratified, it looks likely that we will have a General Election – probably in early December. Jeremy Corbyn previously pushed back on an election as his priority was to avoid a no-deal Brexit and to secure an extension. Now that is inevitable, there is likely to be cross party support for an election.

What is also apparent is that Boris Johnson knows that the committee stage of his Brexit bill is likely to get gutted by opposition amendments. By the time the bill is presented at third reading stage, there is every chance that the bill looks very different to the one that was presented at second reading stage. For instance, if a customs union amendment is voted through parliament and attached to the bill, it is unlikely that the ERG would support it. The bill therefore remains a house of cards. So, from a strategic point of view, Boris Johnson would probably rather continue the pause in the legislative passage of the Brexit bill until after a general election, where he would hope to win a clear majority before continuing with pushing Brexit through parliament.

An election is fraught with danger for Johnson. While polls indicate that the Tories have a 10-15 point lead in the polls, we shouldn’t read too much into this. It doesn’t take into account a lot of variable and unpredictable factors surrounding specific voting patterns in what will be a unique and discombobulating election that will be largely framed around one issue. On a seat by seat basis, there will be many unpredictable results. For instance, the Tories are at risk of being wiped out in Scotland and are extremely vulnerable to seat loses to the Lib Dems in the South West. Labour (in the North of England) and the Tories (in the South of England) are vulnerable to votes being stolen by the Brexit Party

Even if the Tories win a majority at the next election and finally push Brexit across the line, this is not the end. It is only the end of the beginning. The UK would then immediately enter a 12-month period of transition (under EU laws and regulations) and a race against the clock to secure a new free trade agreement with the EU before a new no-deal Brexit WTO rules cliff edge appears on the horizon as of December 2020. This is a ridiculously short period of time to negotiate a new trade agreement as normally similar scales of trade agreement takes years to finalise.

The path of Brexit is still unclear. But what is clear that the path remains a long and winding road with no destination in sight.