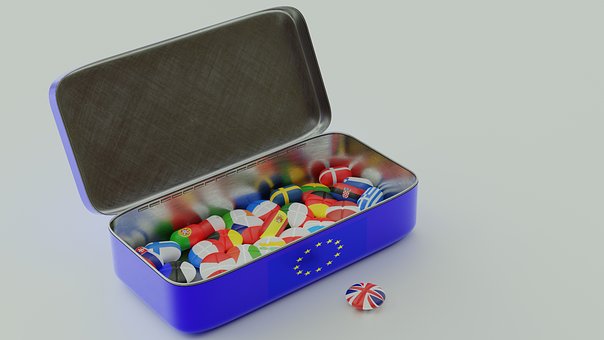 For more than three years, Britain has attempted to deliver Brexit. Yet while the reasons for Brexit are incredibly complex and would probably involve Britain having a series of intense therapy sessions with a psychologist who specialises in identity and self-worth issues, the causes of the catastrophic handling of Brexit are actually interlinked to the reasons for Brexit.

What links pre-Brexit and post-Brexit together is an endless delusional British exceptionalism and imperialism: based on a notion that Britain is inherently different from, and superior to, other countries.

Since Margaret Thatcher’s famous speech to the College of Europe (“The Bruges Speech”) in 1988, where she said, “We have not successfully rolled back the frontiers of the state in Britain, only to see them reimposed at a European level, with a European super state exercising a new dominance from Brussels.” – Britain has approached the EU with sense of haughty detachment, self entitlement and a strange mix of a superiority and inferiority complex. From 1988 onwards, Britain became eurosceptic.

Euroscepticism has become a psychodrama within the Tory Party and in many ways, every single Conservative Prime Minister since Margaret Thatcher, has been slayed by euroscepticism forces within their own party. After the 1992 Maastricht Treaty, John Major couldn’t control the ‘bastards’ in his own party. David Cameron lost the EU referendum that he himself called. Theresa May spent three tortuous years failing to deliver Brexit. And now we have Boris Johnson already floundering with the beast of Brexit in his first months as Prime Minister.

This 30-year Tory existential crisis over Britain’s role in Europe is rooted into a deep sense of unease about how Britain’s role in the world is declining. The days of glorious empire, ruling the waves, defeating Napoleon, Hitler and the Nazis have gone, and what is left is a country that still hasn’t quite worked out what to do with itself next.

So rather than manage expectations about where we are as a country and with sense of realism about what we can achieve within the continent of Europe and the world at large, there is still a prevailing attitude that somehow, we are better than them, but at the same time, combined with a sense of unease that we aren’t better than them. So instead of joining them, working with them, and god forbid, even learning from them, we want to isolate ourselves from them. And so we end up conducting a monumental act of self harm that is based on exceptionalism delusion.

Brexit is a misplaced and delusional withdrawal from one of the most successful alliances between neighbouring nations in the history of the planet. The EEC and then EU was set up to try and stop a perpetually warring continent from descending into any more of the horrors seen through the Napoleonic Wars, WWI and WW2. The key to achieving this was through trade agreements and the setting up of the common market and then the single market to create tariff free trade and freedom of movement of people between 28 neighbouring countries.

Britain was a founding father of this concept and could and should have been a key player towards further European integration with trade, economics and security right at the heart of it. That view was initially taken even further in the press. The Daily Mail celebrated Britain’s entry into the EEC with the headline “Now we can lead Europe!”, while the Sun told readers that EEC membership offered “an unrepeatable opportunity for a nation that lost an empire to gain a continent”. So instead of working with our neighbouring countries and allies, our tabloids wanted us to rule them.

This puffed up delusion of Britain being born to rule over others was impossible to achieve in the EEC and EU due to an equal membership structure of a multinational community and deeply woven collaboration. Successive UK governments persistently refused to re-imagine themselves as an equal partner, and, for the eurosceptics, Britain instead became a “vassal” of the EU or “told what to do by unelected bureaucrats in Brussels”. Even now, this superior yet insecure messaging continues with notable Brexiters saying, “they need us more than we need them“.

So in June 2016, Britain decided to walk away from the EU and try and find some sort of utopian splendid isolation that is completely out of sync with the globalised markets and trading structures of the modern world. Brexit has become a roadmap where the navigators are fixated on a road to nowhere. Boris Johnson wants Brexit to be a path towards to a new ‘golden age’, but it is a path that is likely to lead to fool’s gold.

The golden age that Britain so urgently needs is not independence from Brussels, but freedom from its own delusions.